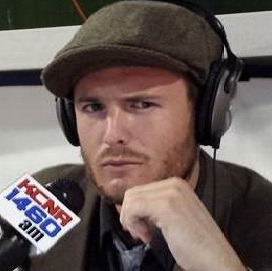 World Soccer Talk Radio features news, debate and exclusive interviews with some of the biggest names in the world of soccer. Hosted by Nate Abaurrea, the show covers the Premier League, MLS, US National Team and all of the other major teams and leagues from around the world.

Get your daily dose of soccer, weekdays at 9PM ET.

Nate is a radio sportscaster, writer, stand-up comedian, and soccer coach based in Northern California. Originally from Watsonville, a futbol crazy town in Santa Cruz County, Nate is a graduate of Humboldt State University where he majored in Broadcast Journalism. He is an avid Liverpool FC, San Jose Earthquakes, and United States National Team supporter.  His greatest heroes include Bill Shankly, Richard Pryor, Diego Maradona, and Jon Miller. In addition to World Soccer Talk Radio, Nate’s work can be heard on KCNR 1460 in Redding where he is the lead radio voice of North State college and high school sports.