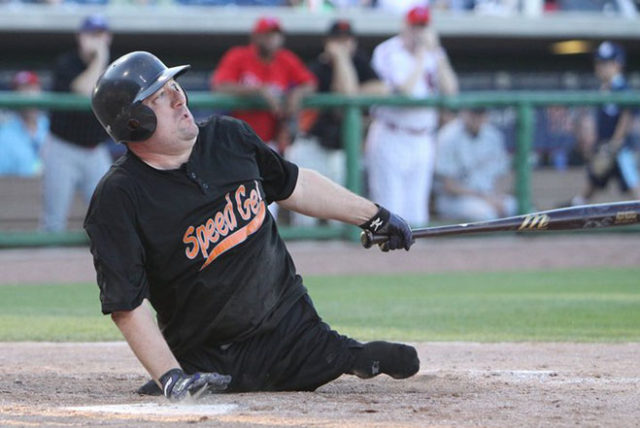 Born without legs, Dave Stevens is the only athlete to ever play college football or minor league baseball without legs.He played varsity football, baseball and wrestled at Augsburg College in Arizona. Dave has tried out for the Dallas Cowboys, the Cincinnati Reds and the Minnesota Twins. He was also invited to the Olympic Baseball West Regional tryouts in 1983, playing in the outfield with former Major League players Barry Bonds and Oddibie McDowell He played baseball for the St. Paul Saints in 1996 and earned the distinction as one of the only players to pinch-hit for Darryl Strawberry. Dave also worked as the Assignment Desk Manager at ESPN then as the Coverage and Content editor. He worked at ESPN for 20 years. He has covered 11 Super Bowls, 3 World Series, 3 NCAA Final Fours, and various other historic sports events.