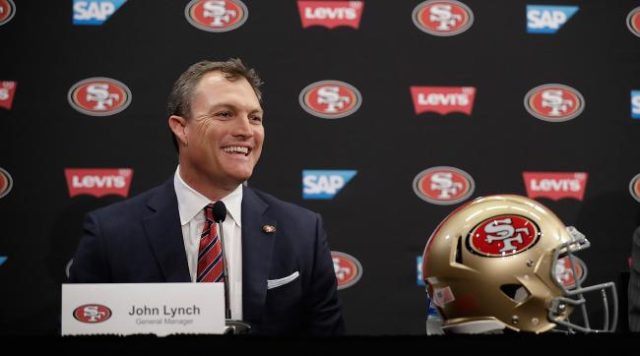 Former NFL Safety and new San Francisco 49ers General Manager John Lynch joins Ron Barr to talk about his new role with the 49ers, despite having never worked in a front office before. Lynch spent 15 seasons in the NFL with Tampa Bay and Denver and spent eight more in the broadcast booth. It’s those 23+ years of experience in the NFL that he thinks gives him plenty of insight and a fresh approach to re-building a team that is coming off of a 2-14 season. He also talks about what drew him to the position as well as his outlook with new coach Kyle Shanahan.